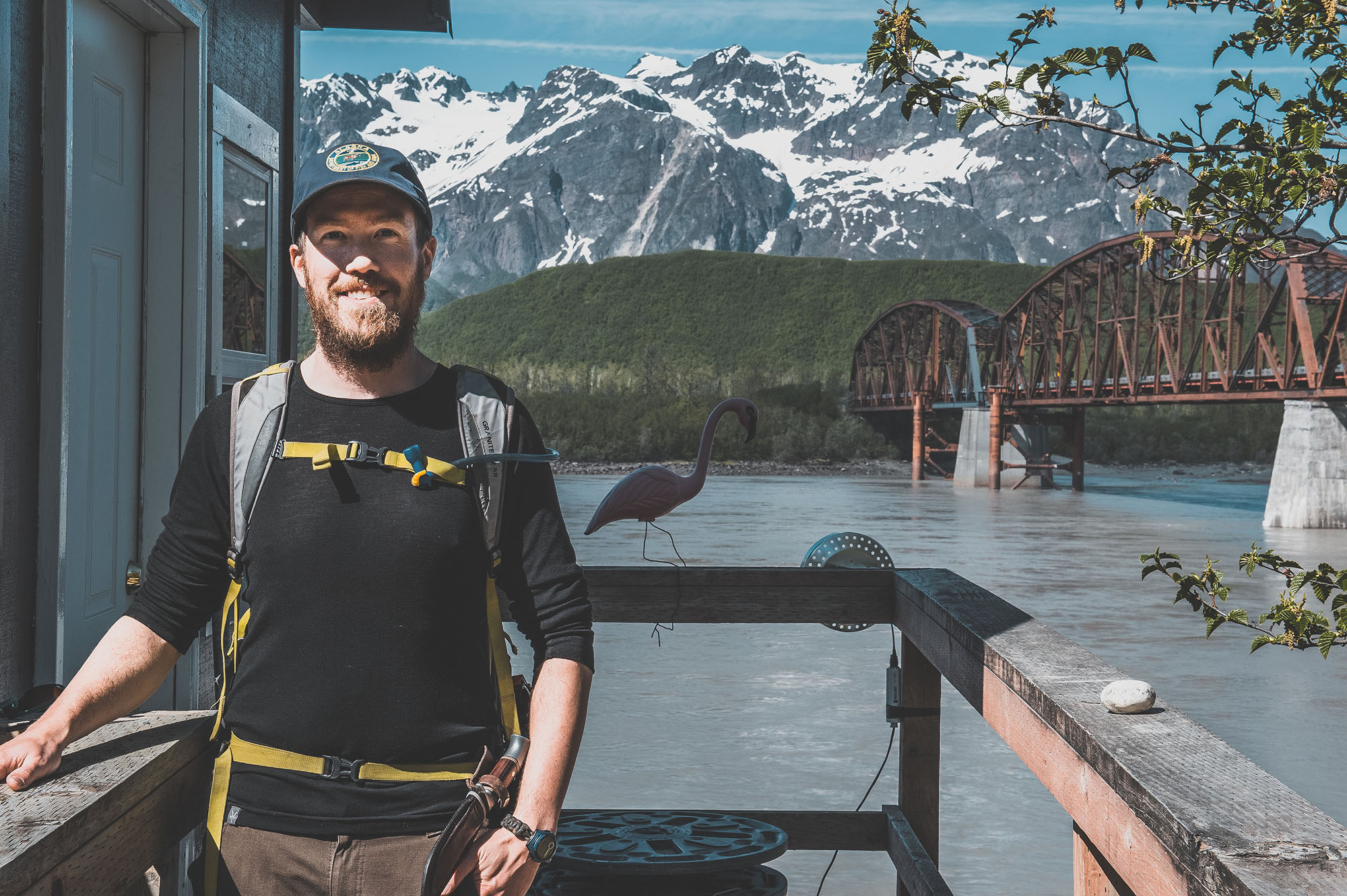 My name is Shane Shepherd and I’ve spent the past 10 summers on the Copper River in Alaska, as part of the Alaska Department of Fish & Game (ADF&G) Miles Lake sonar project. The goal of the project is to estimate the number of sockeye and Chinook salmon that are migrating from the ocean to their spawning grounds further up in the Copper River watershed. This information is vital for informing management decisions and providing a deeper understanding of salmon populations, with the ultimate goal of maintaining a healthy population of salmon that can provide a sustainable fishery and continue to benefit other species for generations to come.

Gathering the data necessary to inform management decisions is not as straightforward as it may seem, however. Even the most fundamental questions, such as “how many salmon return to the Copper River?”, is incredibly challenging to answer. The spawning migration, when salmon gather and begin to move into their home rivers, provides the perfect opportunity to count and catch them which is why both salmon fisheries and salmon monitoring projects occur in the late spring through the fall. In many places in Alaska, a weir is used to count salmon. A weir is a fence built across the stream that prevents salmon from migrating upriver. Throughout the day, a gate is opened in the weir that allows the salmon to swim through, and the salmon are counted visually by hand at that time. In other places, tall towers overlook the river, and observers look down into the river and count fish as they move upstream with the aid of contrast panels laid on the river bottom. 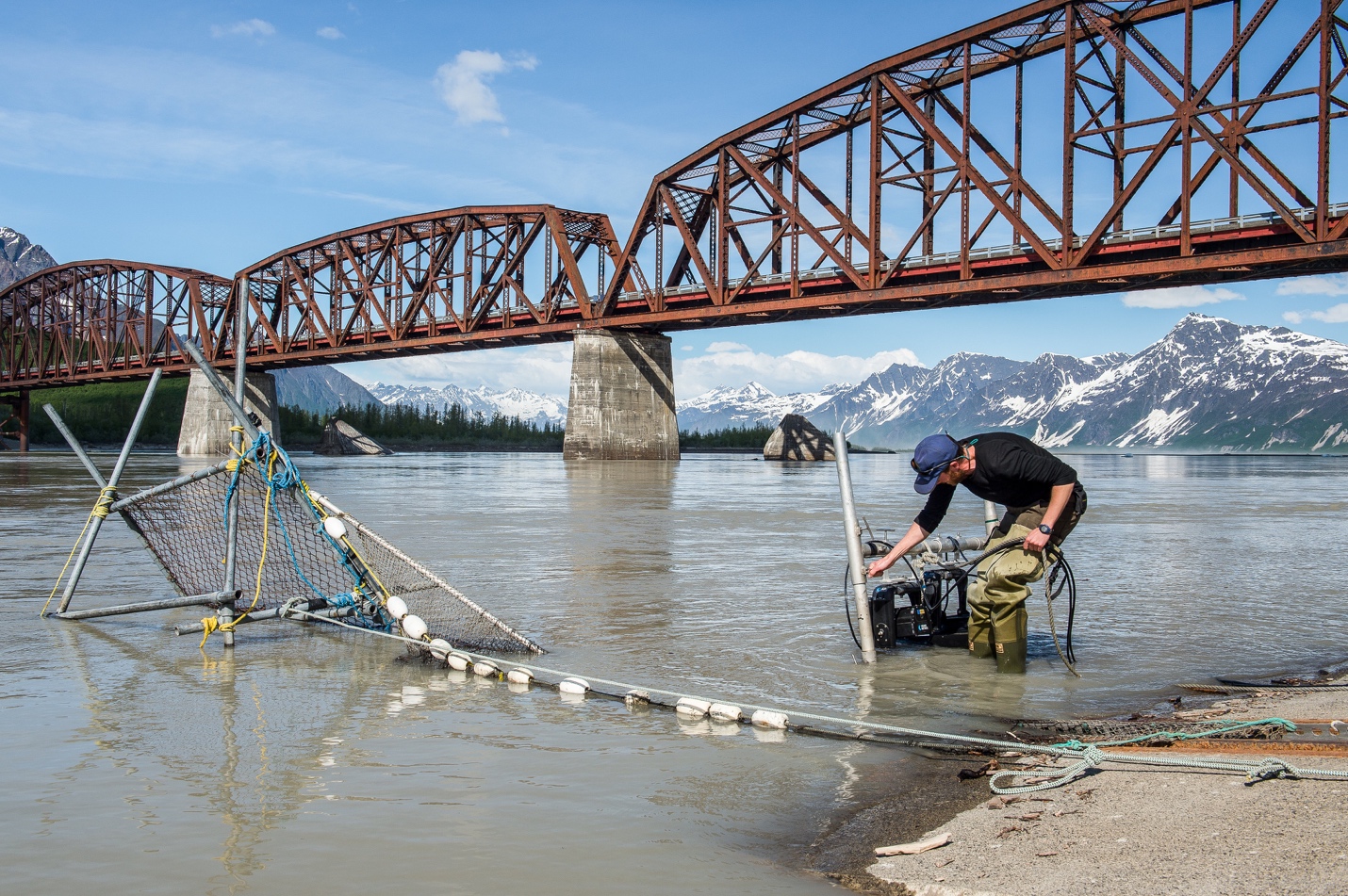 The Copper River, however, presents some unique challenges that make these approaches infeasible. The Copper River drains a large watershed and is primarily glacial fed, and those two factors combine to make it the 2nd largest river in Alaska by discharge (the amount of water flowing out) and one of the siltiest rivers in the entire world. When trying to get the most complete and accurate count of salmon, it is ideal to count them close to the ocean before they split up and begin to travel up smaller tributaries. As the Copper River leaves the Chugach Mountains, it spills out into a large delta of many braided channels that run for miles, and migrating salmon may be coming up a variety of these channels as they enter from the ocean. The first place that all the channels come together into a single main channel is at Miles Lake and the site of the Million Dollar Bridge. Here, the river is sandwiched between mountains and glaciers on either side that keep it constrained to a single channel that the majority of the salmon will pass through. At this point, however, the river is a quarter-mile across and quite deep, with icebergs flowing through from Miles Glacier just upstream, and it would be an exercise in futility to attempt to build a weir across. Counting towers won’t work because the large volume of glacial silt carried by the river makes the water quite opaque — I liken it to gray paint. That’s where sonar comes in. 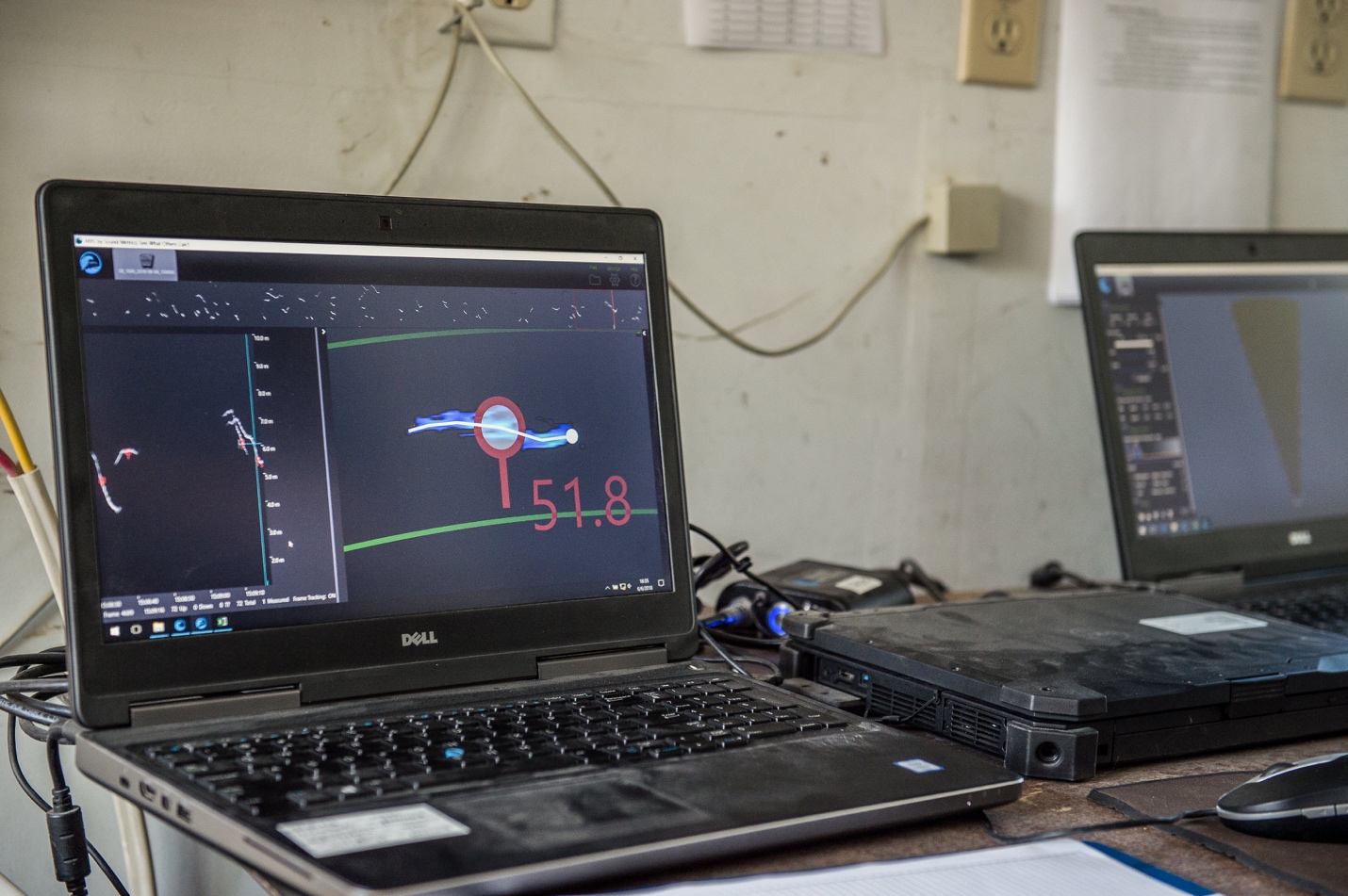 The Miles Lake sonar project started in 1978 using sonar technology called Bendix to count salmon. The sound waves generated by sonar can penetrate the murky waters, although all that suspended sediment does cause interference, and when they hit an object (like a salmon) they reflect an echo back. Sonar technology has developed a lot since 1978, and these days we use a sonar called ARIS by SoundMetrics. It sends 96 beams of sound into the water column in an expanding cone that we aim to cover the entire water column. The ARIS provides high-resolution images that look like a top-down video of salmon as they swim upriver and are clear enough to distinguish salmon from other fish, seals, ice, and debris. We operate the sonar 24-hours a day from the beginning of May until the end of July, making hourly sonar recordings. We then play these recordings back and manually count every salmon that goes upstream and downstream for the length of the recording. Afterwards, the net upstream count is expanded to estimate the number of salmon that passed in that hour, then all the hours of the day are added up to give us a daily total of salmon passage.

This information is distributed to ADF&G fishery managers, who will use it to make important decisions regarding commercial fishing: when and where to fish, and for how long. This allows managers to provide harvest opportunity while ensuring a sufficient number of salmon make it into the river to meet upriver demands, account for mortality from predation and exhaustion, and successfully reach the spawning grounds to start the next generation of salmon. Adjusting the timing of fishing allows managers to spread out fishing pressure across salmon heading to different tributaries of the Copper River, preventing the overexploitation of any one stock.

Why do we care about salmon? Read more in Part 2!