Home  ›  The Corkline  ›  Siren Song of the Copper River

Siren Song of the Copper River

My name is Iris Fletcher. I was born and raised in Homer, attended University of Alaska Fairbanks to attain my bachelor’s degree in Fisheries, Biology, and Marine Sciences, and briefly lived in Anchorage before moving (technically) back to Homer. I say technically because I currently have remote seasonal jobs on the Copper River and Afognak Island, and travel internationally during my offseason, meaning I’m actually in Homer fairly rarely. 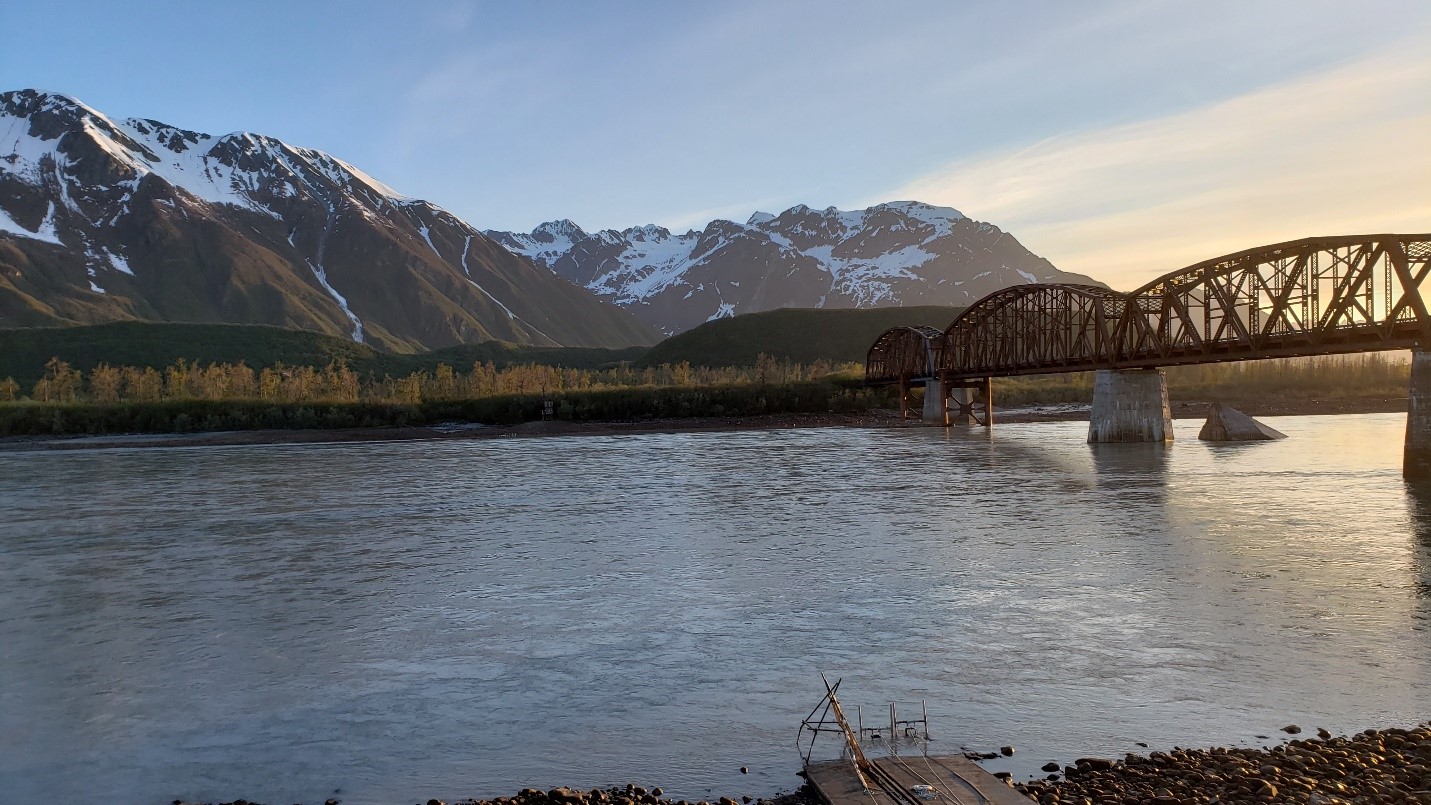 This is my fourth season working for the Alaska Department of Fish and Game on the Miles Lake sonar project on the Copper River. Crossing this mighty river on the Million Dollar Bridge each day, watching icebergs from Miles Glacier zoom by on the silty water and feeling the current tug at my legs while moving equipment, I have gained an appreciation for just how powerful this river is. At this site, all the water is still in one channel before splitting off into the braids that form the Copper River Delta shortly after crashing through the rapids in front of Childs Glacier. Here, we count the Sockeye and Chinook salmon as they head up river. The data we collect is used for the in-season management of the commercial fishing fleet that targets these species.

Copper River Sockeye Salmon stop eating once they enter fresh water and with their massive journey of hundreds of miles up a swift-moving, cold, debris-filled waterway, Copper River salmon pack on extra fat to have enough energy to make the trip and reproduce at the end. With their rich flavor literally dripping with omega-3s, it’s easy to say that having access to this run of sockeye has increased my level of salmon snobbery beyond that baseline that all Alaskans have. 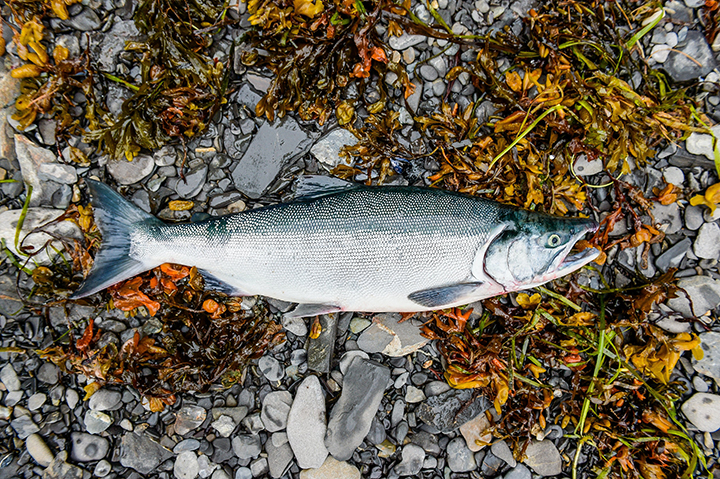 Copper River salmon are the reason myself and my crewmates are here. They are sometimes cause for inconvenience when the equipment gets bumped out of place and has to be repositioned across the river at 2am on a rainy morning, but they are worth every struggle. Whenever I see a picture or an article about the salmon caught on their return to this river, I get a feeling of satisfaction and pride, knowing I contributed to this wonderful fishery. 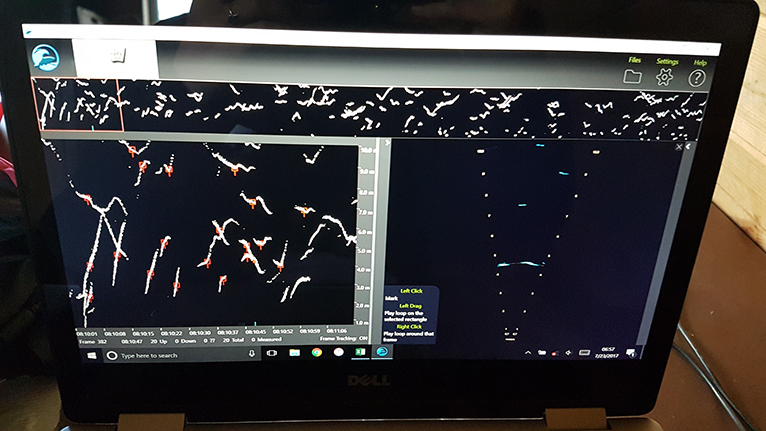 Besides being the reason we’re here, the Copper River salmon lead to much of the activity around camp. Count fish, measure fish, go fishing, catch fish, fillet fish, vacuum seal fish, cook fish, freeze fish, clear brush along the campground trails to make going fishing easier, haul snow to fill coolers for our catch before we process it, the list goes on! Currently, I’m designing a knitting pattern inspired by this place, these creatures, and the wonderful yarn colorways of Three Irish Girls in Cordova. 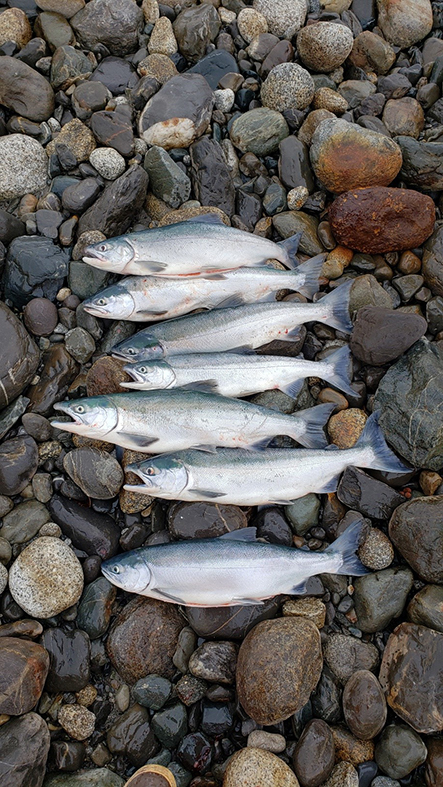 Even after traveling to 23 countries, having a house to maintain in Homer, and working all over the state, this place keeps calling me back. The Copper River and its salmon have set their hooks in me well, and I wouldn’t have in any other way. 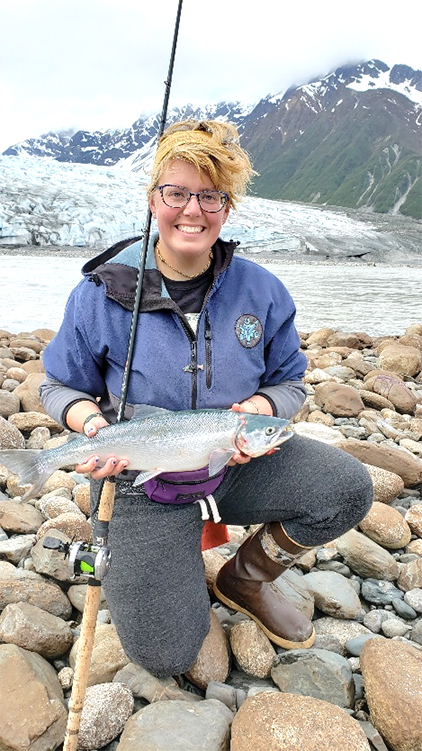